In this tutorial we will explain how to start using NFTs with the Stratis Plugin for Unreal Engine.

The employment of Blockchain technology within the gaming industry has become more ever more apparent with the launch of several popular play-to-earn models. The Stratis Plugin for Unreal Engine enables game developers to design, build and deploy games using existing programming languages within a familiar environment.

Non-Fungible Tokens are an area of particular interest for those developing games with in-game valuables. By introducing an NFT, the player can genuinely own in-game items, removing the risk of losing earned items through forgotten login details and account deactivations. This brings the birth of a radical change in gaming marketplaces, with decentralized platforms offering the exchange of in-game items without the need for a trusted intermediary.

For this tutorial, you need to setup Stratis Full Node, as described in the Getting started section.

At first, we need to generate a new address and fund it. You will need tokens in order to deploy and interact with an NFT. 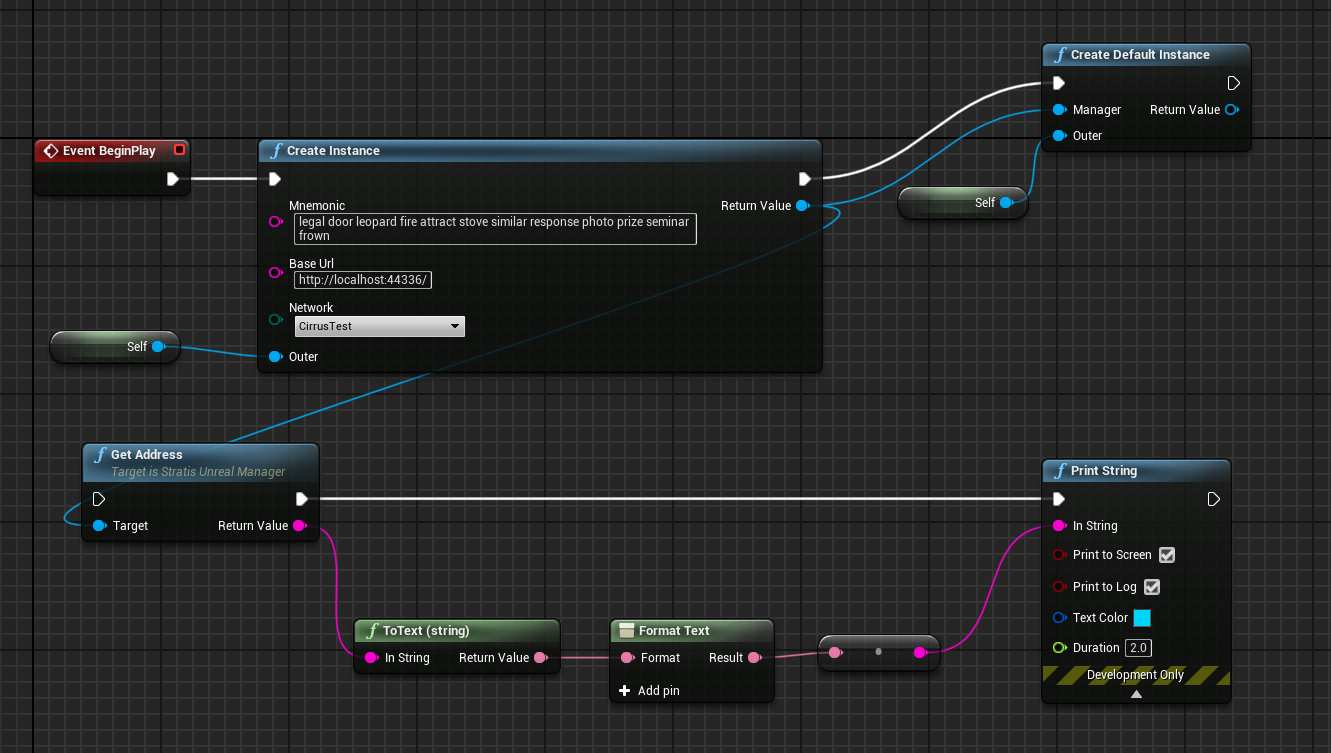 To deploy the NFT contract, we need to use the deployNFTContract method: 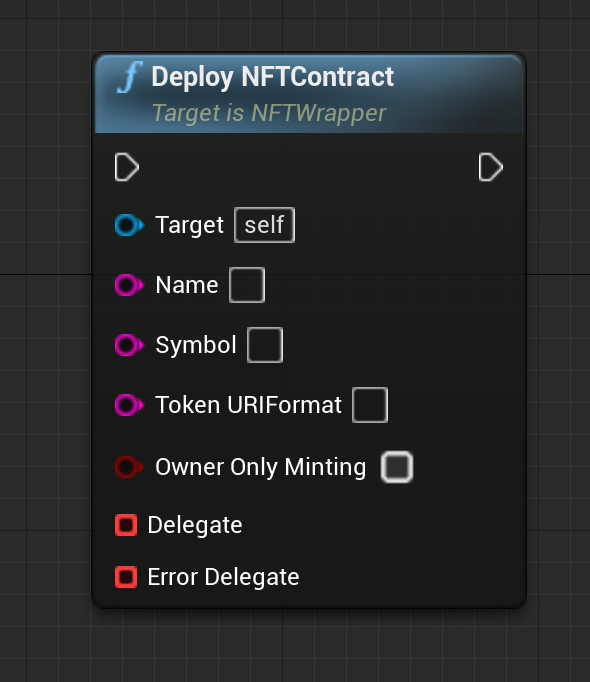 Once the transaction is mined it’s executed and your contract is deployed. After that you can use transaction id to get a receipt which will contain new contract’s address. For example: 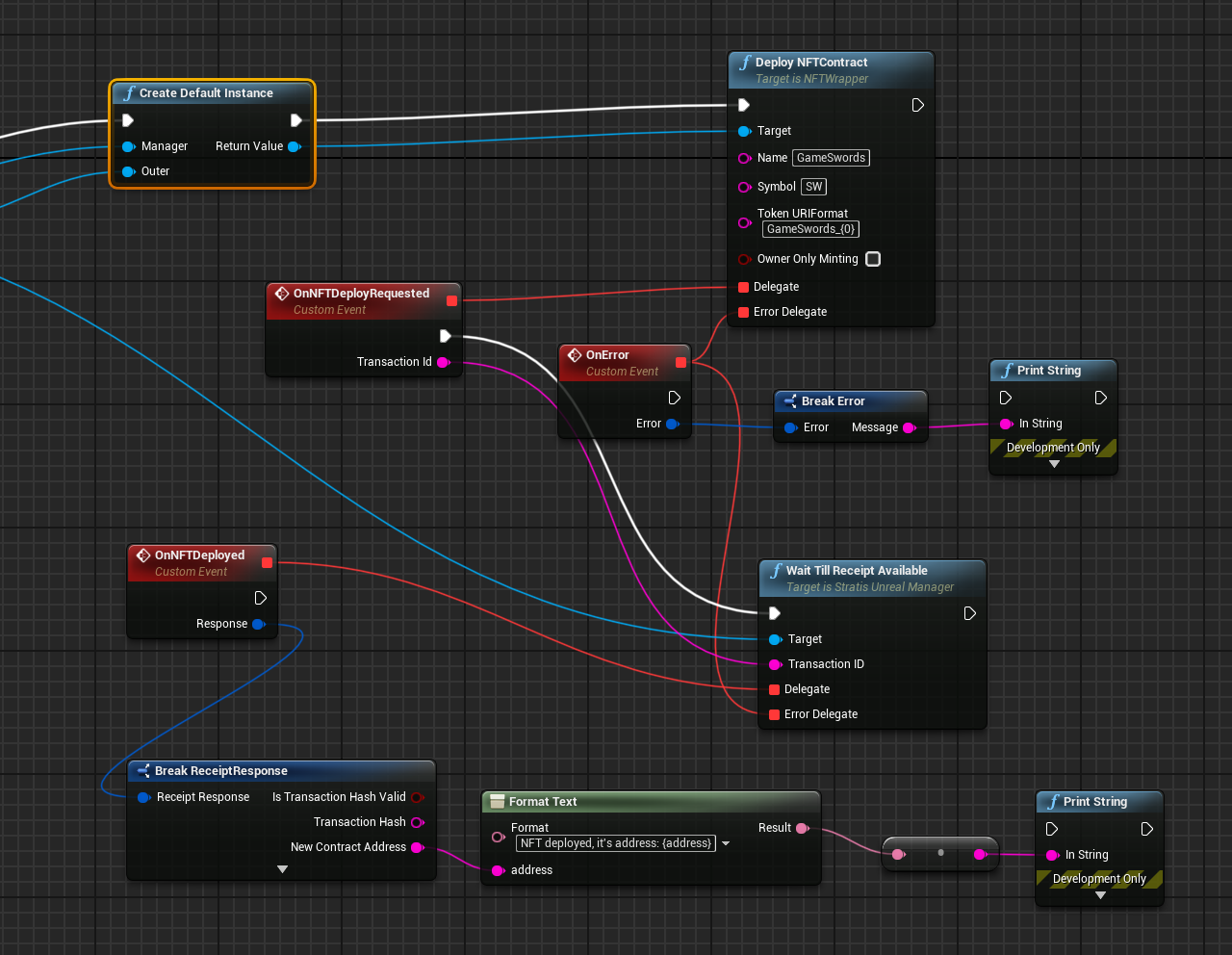 Calling UNFTWrapper::mint with specified target owner address will result in minting a new NFT that will belong to that address. For example:

NFT balance of address is the amount of NFTs that this address controls. You can get it with UNFTWrapper::getBalanceOf like this:

Transferring NFT to another address¶

To transfer an NFT you need to use UNFTWrapper::transferFrom and specify address from which transfer should occur, receiver address and id of a token you want to transfer.